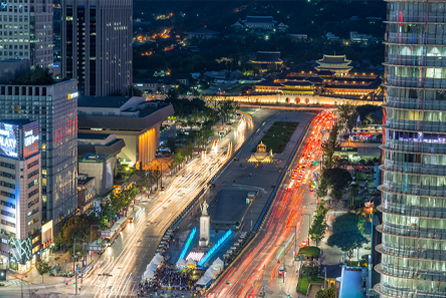 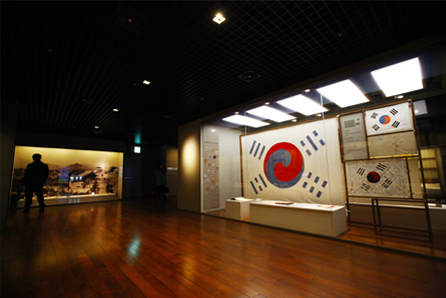 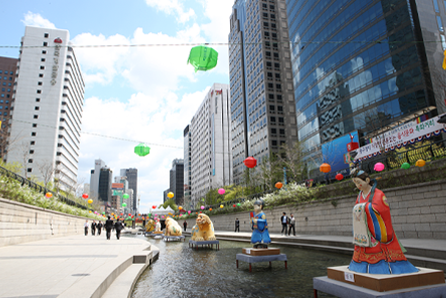 A space that is frequently compared to New York’s Central Park in the United States is located at the center of Seoul. Gwanghwamun Square is a place where one can take a breather from the jungle of buildings. The highlights of the area are Gwanghwamun Square stretching out from the main gate of Gyeongbokgung Palace, and Cheonggye Plaza, the starting point of a refreshing stream running through downtown Seoul. If you would like to enjoy a fruitful day in Seoul, make sure to visit Gyeongbokgung Palace, The National Museum of Korean Contemporary History and other nearby spots where you can learn about the rich history of Korea! 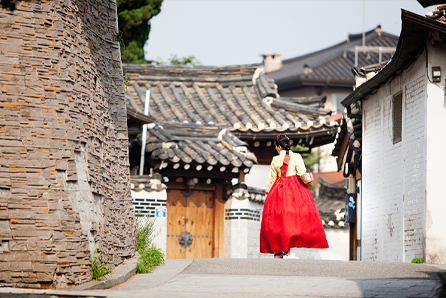 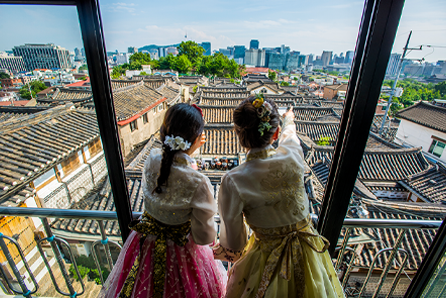 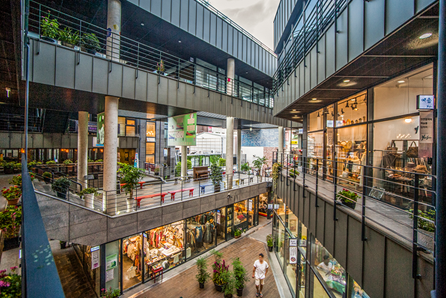 Bukchon Village nearby Gyeongbokgung Palace is a village where the traditional Korean image is well kept. Bukchon is very dense with hanok (Korean style house) like those which people can see in historical dramas. Insa-dong is an energetic street of traditional culture. Samcheong-dong has exotic cafés and handcraft workshops created by the hands of young artists. Simply walking in the above places provides satisfaction to all five senses. With a camera in hand, tourists who want to create an unforgettable memory will surely be satisfied with this course. 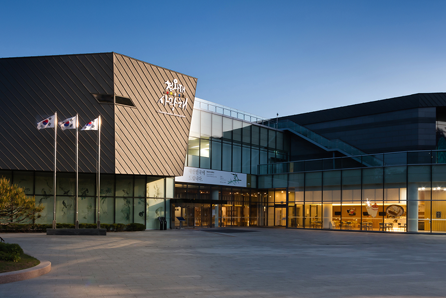 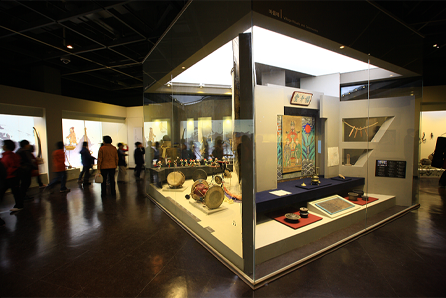 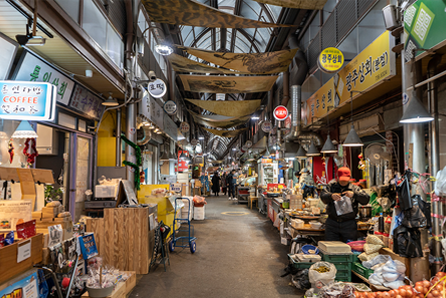 Visitors can meet with Seoul’s past as they walk from “Street to the Past,” beginning at the front of National Folk Museum to Seochon Village, while bypassing Cheongwadae Sarangchae and Tongin Market. Seochon Village, located west of Gyeongbokgung Palace, is a village full of warm-heartedness.
There are many old alleys and buildings, surrounded by a friendly atmosphere as there are no high-rise buildings. Tourist Course 03 is a one-day course that shows visitors, “This is how Seoul looked in the ‘70s and ‘80s.”